Green Roofs Never Out of Season 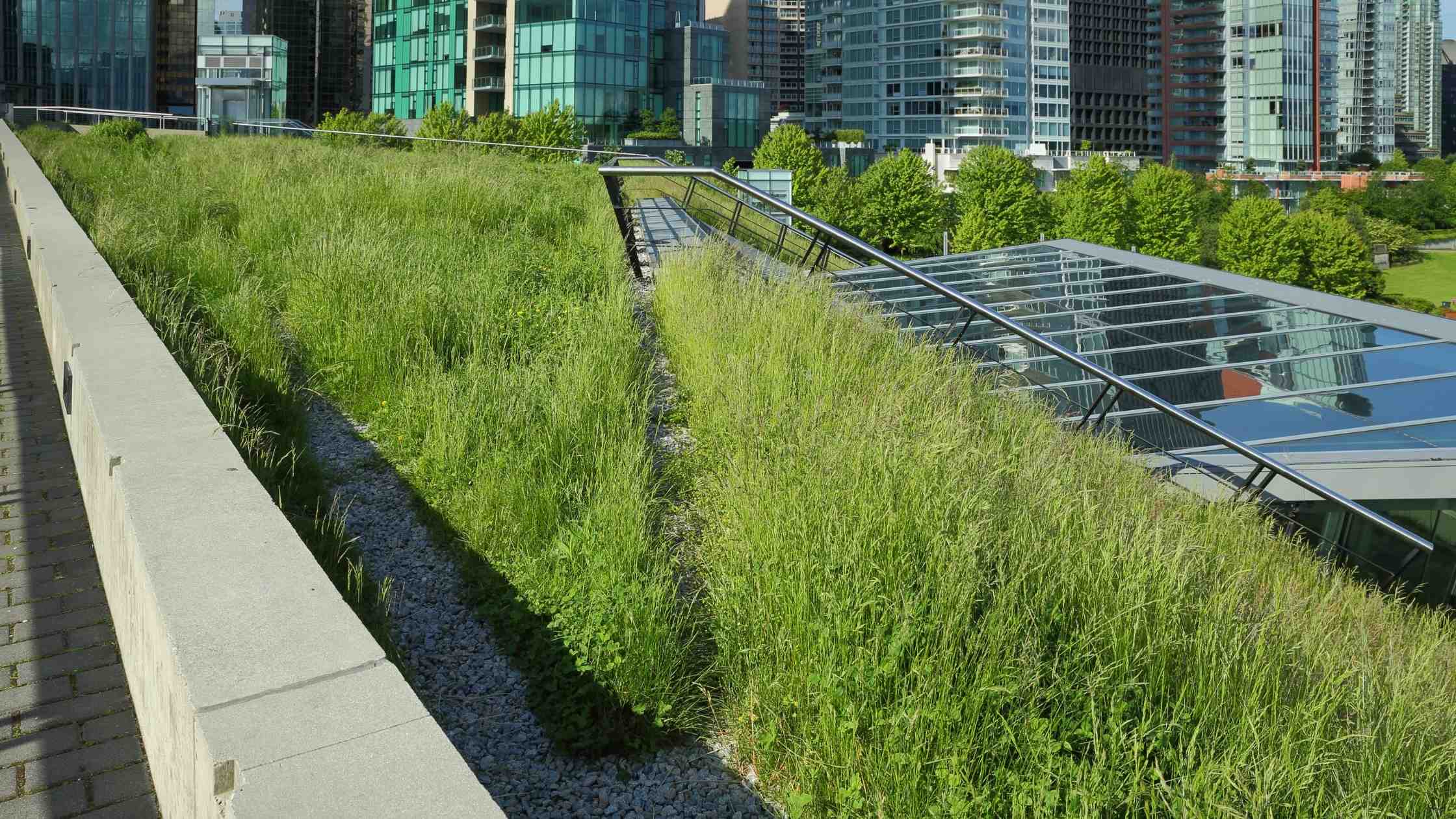 Green roofs are generally associated with lower cooling costs during the summertime, but did you know green roofs insulate, too? Ongoing studies suggest green roofs are great for winter homes, and will likely have a positive influence on your heating bills.

A green roof is the roof of a building that is partially or completely covered with vegetation. The growing medium includes layers such as a root barrier, drainage, and irrigation systems, in addition to a waterproofing membrane.

A study conducted by the University of Toronto in 2005 analyzed test roofs in Ottawa to decipher if green roofs could improve the efficiency of homes in the winter. Winter green roof models with Juniper shrubs were compared to a conventional non-green roof surface made of asphalt. The scientists found that the vegetation reduced heat loss and energy consumption in winter conditions. The green roofs also reduced wind speeds and modified the microclimate above the roof. The green roof at the Robertson Building covers 4,000 square feet. More than 11 hardy perennials commonly found in Ontario are on this green roof.

We know green roof models can reduce your cooling bill by up to 75 percent compared to conventional roofing, but here is what scientists have found about green roofs in the winter:

There are many different types of green roofs and there is a lot of room for creative implementation. Shallow soil beds are great for low-growing plants on sloped roofs, while deep soil bases are suitable for tall trees, vegetable gardens, and more.

Green roof studies have been a contributing factor in the City of Toronto's green roof initiative. A study commissioned by City Council concluded that the widespread use of green roofs in Toronto would provide huge economic benefits.

If 5,000 hectares or 50 million square metres of available roof space were landscaped, the city of Toronto estimated it could save $313.1 million in new infrastructure costs for storm-water management, heating and cooling of buildings, along with $37.1 million in annual cost savings.