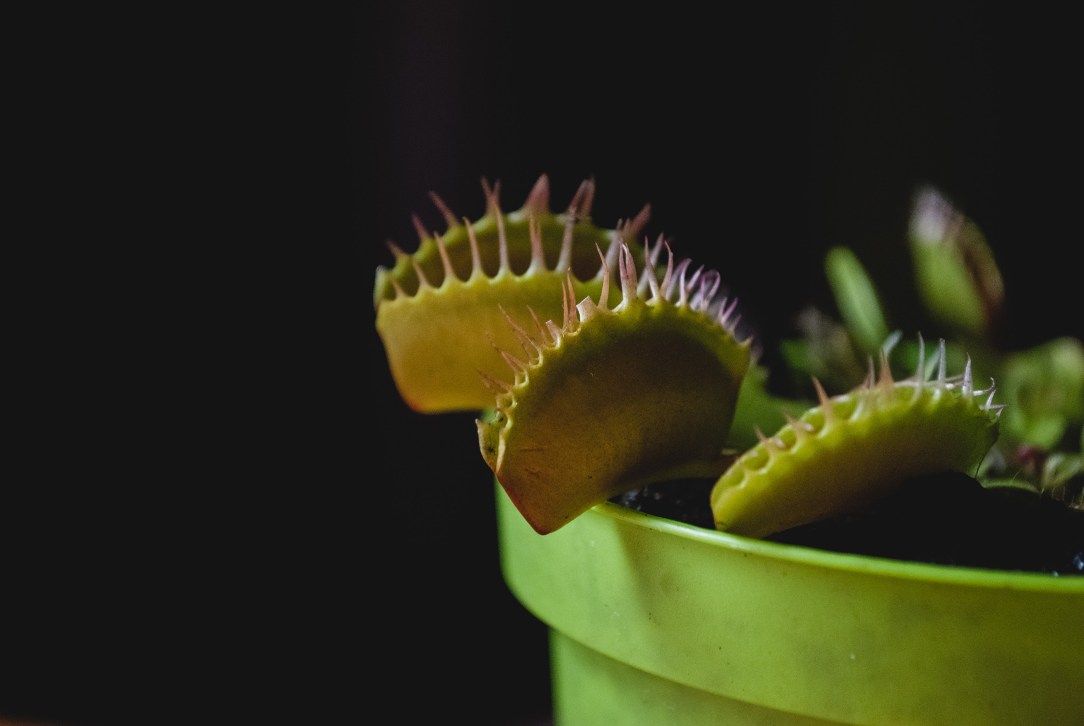 Flesh-eating, carnivorous plants derive most of their nutrients from trapping and consuming animals, insects, and other arthropods. Some carnivorous plants have distinct trap-like structures, while others produce sticky fluids to ensnare their prey. Other than reading about them in fictional tales and horror stories, who would have thought flesh-eating plants could thrive in our natural habitat?

In botanical history, Charles Darwin was the first to document carnivorous plants in 1875, in a treatise titled Insectivorous Plants. Darwin noted adaptations that allowed the plants to live in difficult conditions, in addition to their feeding mechanisms. He found that the movement of an animal would cause the plants to react. Darwin concluded this was an evolutionary adaptation to conserve energy for prey and to ignore stimuli that were not likely to be nutritious.

Carnivory has evolved independently six times in five different orders of flowering plants, which now includes about 630 species that attract and trap prey, produce digestive enzymes, and absorb the resulting available nutrients. Carnivorous plants are typically found in areas where the soil is thin or poor in nutrients, especially in nitrogen—such as in acidic bogs and rock outcroppings.

5 carnivorous plants that will fascinate you: The Venus flytrap is native to subtropical wetlands on the east coast of the United States, and in boggy areas of the Carolinas. The plant is small and has 4-7 leaves that grow from a short subterranean stem. The leaves have short, stiff hairs called trigger hairs, and when they come into contact with anything heavy enough to bend them, the two lobes of the leaves quickly snap shut. The trap meshes together and prevents large prey from escaping. Once prey is unable to escape, and the inner surfaces of the lobes are continuously being stimulated, the edges of the lobes grow or fuse together until it is completely sealed shut. An enclosed stomach is created in which digestion and absorption takes place. If the object isn't food (e.g. a stone or a nut), then the trap will reopen in about twelve hours and spit it out. Also called California Pitcher or Cobra Plant, this carnivorous plant is native to Northern California and Oregon and grows in bogs and seeps with cold running water. The leaves are bulbous with an opening under a balloon-like structure and have two fang-like leaves hanging off the end. Once inside, landed insects are contained by thousands of fine dense hairs that allows the victim to easily move towards the digestive organs. Sundews are one of the largest genera of carnivorous plants, with at least 194 species. These can be found on every continent except for Antarctica. The glandular tentacles have sweet sticky secretions that attract and trap small prey (mainly insects). Eventually, the prey either succumbs to death from exhaustion or from asphyxiation as the mucilage envelops them. Death usually occurs within 15 minutes. Also known as tropical pitcher plants or monkey cups, these carnivorous plants can be found in China, Malaysia, Indonesia, Philippines, Madagascar, Seychelles, Australia, India, Borneo and Sumatra. Nepenthes are 10-15 metres tall with a shallow root system. The trap contains fluid produced by the plant, which may be watery or syrupy, and is used to drown and digest the insects. The lower part of the cup contains glands that absorb and distribute nutrients. Most of these plants are small and tend to trap only insects, but some of the larger species have been documented to catch small mammals like rats. The waterwheel is a rootless carnivorous aquatic plant that feeds on small aquatic invertebrates using a trap mechanism called a snap trap. The plant contains free-floating stems (6-11 cm long) with trap leaves close to the plant's central stem. The traps are covered in a coating of trigger hairs, which will cause the trap to close and fold together when it is near prey. The trap closes in 10 milliseconds, making it one of the fastest moving plants in the animal kingdom!